Security fatigue is real: Here’s how to overcome it

Do your employees take more risks with valuable data because they’ve become desensitized to security guidance? Spot the symptoms before it’s too late.

The post Security fatigue is real: Here’s how to overcome it appeared first on WeLiveSecurity

Kara Gunderson’s father always told her, “You have to arrange for your own good luck.” And this is a mantra that rings true for her. She believes that everyone, male or female, needs to work for their job. They need to roll up their sleeves, prove that they are willing to work hard, and that they are worthy of the position. In this edition of our blog, Kara explains that at one time she was one of the few women in petroleum payments and was held back because of her gender. But, over time, this has changed, and through hard work, she has arranged for her own good luck and success in the industry. 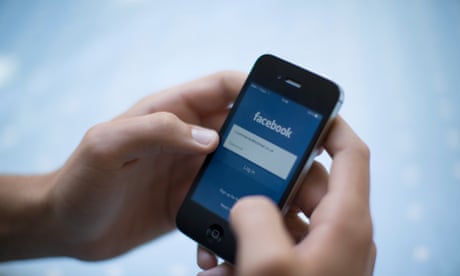 A human rights campaigner is suing Facebook’s owner in the high court, claiming the company is disregarding her right to object against the collection of her personal data.

Tanya O’Carroll has launched a lawsuit against Mark Zuckerberg’s Meta alleging it has breached UK data laws by failing to respect her right to demand Facebook stop collecting and processing her data. Facebook generates revenue from building profiles of users and matching them with advertisers who direct ads at people targeting their specific interests and backgrounds.

What have some of the world's most notorious APT groups been up to lately? A new ESET report released this week has the answers.

Tor vs. VPN: Which should you choose?

Both Tor and a VPN can greatly help you keep prying eyes away from your online life, but they’re also two very different beasts. Which is better for you?

The post Tor vs. VPN: Which should you choose? appeared first on WeLiveSecurity

Peter is an IT manager for a technology manufacturer that got hit with a Russian ransomware strain called “Zeppelin” in May 2020. He’d been on the job less than six months, and because of the way his predecessor architected things,… Read More »

With Twitter's growing technical problems, you can't rely on it as your single sign-on for other sites.

The PCI Security Standards Council (PCI SSC) has published a new standard designed to support the evolution of mobile payment acceptance solutions. PCI Mobile Payments on COTS (MPoC) builds on the existing PCI Software-based PIN Entry on COTS (SPoC) and PCI Contactless Payments on COTS (CPoC) Standards which individually address security requirements for solutions that enable merchants to accept cardholder PINs or contactless payments, using a smartphone or other commercial off-the-shelf (COTS) mobile device. The PCI MPoC Standard aims to provide increased flexibility not only in how payments are accepted, but in how COTS-based payment acceptance solutions can be developed, deployed, and maintained.

Disneyland Malware Team: It’s a Puny World After All

A financial cybercrime group calling itself the Disneyland Team has been making liberal use of visually confusing phishing domains that spoof popular bank brands using Punycode, an Internet standard that allows web browsers to render domain names with non-Latin alphabets like Cyrillic and Ukrainian.

Open banking: Tell me what you buy, and I’ll tell you who you are

The post Open banking: Tell me what you buy, and I’ll tell you who you are appeared first on WeLiveSecurity

Vyacheslav “Tank” Penchukov, the accused 40-year-old Ukrainian leader of a prolific cybercriminal group that stole tens of millions of dollars from small to mid-sized businesses in the United States and Europe, has been arrested in Switzerland, according to multiple sources.

Welcome to our podcast series, Coffee with the Council. I'm Alicia Malone, Senior Manager of Public Relations for the PCI Security Standards Council. Today, we'll meet one of the Council's newest employees, our Regional Vice President of Asia-Pacific, Yew Kuann Cheng. Yew Kuann is based in Singapore and spent 15 years as the Senior Director of Risk, Strategy, and Operations in Asia-Pacific for Visa. Thank you for joining us today, Yew Kuann, and also welcome to the team.

When in doubt, kick it out, plus other tips for hardening your cyber-defenses against World Cup-themed phishing and other scams

A nonprofit organization is suing the state of Massachusetts on behalf of thousands of low-income families who were collectively robbed of more than a $1 million in food assistance benefits by card skimming devices secretly installed at cash machines and grocery store checkout lanes across the state. Federal law bars states from replacing these benefits using federal funds, and a recent rash of skimming incidents nationwide has disproportionately affected those receiving food assistance via state-issued prepaid debit cards. 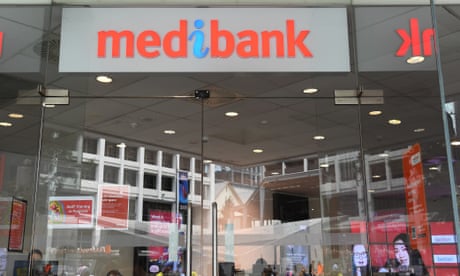 Post on blog linked to Russian ransomware group says it offered ‘discount’ ransom to health insurer of US$9.7m, or $1 for each customer’s data

The hacker behind the cyber-attack on Medibank set a US$10m price on not releasing the data, they claimed, alongside a new leak of apparently hacked records that purports to contain abortion health information.

In the early hours of Thursday on a dark web blog linked to the REvil Russian ransomware group, the attacker posted that they initially sought US$10m from Medibank, then reduced the price.

Farewell to PA-DSS: A Tribute to a Foundational Standard

10 common security mistakes and how to avoid them

Do you make these security mistakes and put yourself at greater risk for successful attacks?