A Russian Doll review – a data-disinformation troll keeps us hooked 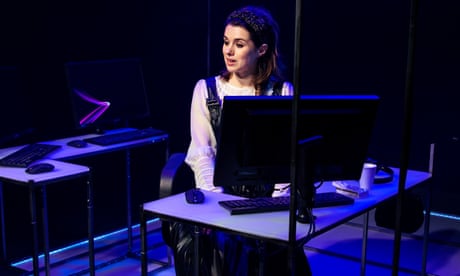 Barn theatre, Cirencester
Rachel Redford shines as a student recruited to mess with British heads, in a joint production with the Arcola theatre

‘Who owns your data?” asks Masha, the tortured voice at the centre of this monologue. Issues of data privacy and misuse are being increasingly raised but rarely show the inner workings of a Russian web brigade that orchestrates disinformation campaigns through anonymous online commentary.

That is what Masha (Rachel Redford) does in Cat Goscovitch’s illuminating drama, based on a true story and co-produced by the Barn and Arcola theatres. She is an English literature student turned troll in St Petersburg. Once a lover of Emily Brontë books, she is now a kind of data apparatchik, paid to gather information on Brits online and then use it to “fuck with their heads” during the EU referendum campaign of 2016.

A Russian Doll was streamed for the press from the Barn theatre, Cirencester, where it runs until 12 June. Then at the Arcola theatre’s Arcola Outside venue in London.