Florence, Ala. Hit By Ransomware 12 Days After Being Alerted by KrebsOnSecurity

In late May, KrebsOnSecurity alerted numerous officials in Florence, Ala. that their information technology systems had been infiltrated by hackers who specialize in deploying ransomware. Nevertheless, on Friday, June 5, the intruders sprang their attack, deploying ransomware and demanding nearly $300,000 worth of bitcoin. City officials now say they plan to pay the ransom demand, in hopes of keeping the personal data of their citizens off of the Internet.

Nestled in the northwest corner of Alabama, Florence is home to roughly 40,000 residents. It is part of a quad-city metropolitan area perhaps best known for the Muscle Shoals Sound Studio that recorded the dulcet tones of many big-name music acts in the 1960s and 70s.

On May 26, acting on a tip from Milwaukee, Wisc.-based cybersecurity firm Hold Security, KrebsOnSecurity contacted the office of Florence’s mayor to alert them that a Windows 10 system in their IT environment had been commandeered by a ransomware gang.

Comparing the information shared by Hold Security dark web specialist Yuliana Bellini with the employee directory on the Florence website indicated the username for the computer that attackers had used to gain a foothold in the network on May 6 belonged to the city’s manager of information systems.

My call was transferred to no fewer than three different people, none of whom seemed eager to act on the information. Eventually, I was routed to the non-emergency line for the Florence police department. When that call went straight to voicemail, I left a message and called the city’s emergency response team.

That last effort prompted a gracious return call the following day from a system administrator for the city, who thanked me for the heads up and said he and his colleagues had isolated the computer and Windows network account Hold Security flagged as hacked.

“I can’t tell you how grateful we are that you helped us dodge this bullet,” the technician said in a voicemail message for this author. “We got everything taken care of now, and some different protocols are in place. Hopefully we won’t have another near scare like we did, and hopefully we won’t have to talk to each other again.”

But on Friday, Florence Mayor Steve Holt confirmed that a cyberattack had shut down the city’s email system. Holt told local news outlets at the time there wasn’t any indication that ransomware was involved.

However, in an interview with KrebsOnSecurity Tuesday, Holt acknowledged the city was being extorted by DoppelPaymer, a ransomware gang with a reputation for negotiating some of the highest extortion payments across dozens of known ransomware families. 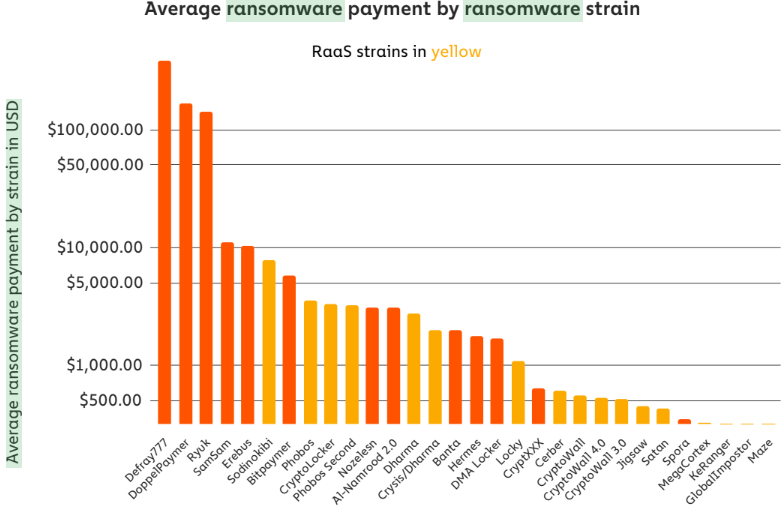 Holt said the same gang appears to have simultaneously compromised networks belonging to four other victims within an hour of Florence, including another municipality that he declined to name. Holt said the extortionists initially demanded 39 bitcoin (~USD $378,000), but that an outside security firm hired by the city had negotiated the price down to 30 bitcoin (~USD $291,000).

Like many other cybercrime gangs operating these days, DoppelPaymer will steal reams of data from victims prior to launching the ransomware, and then threaten to publish or sell the data unless a ransom demand is paid.

Holt told KrebsOnSecurity the city can’t afford to see its citizens’ personal and financial data jeopardized by not paying.

“Do they have our stuff? We don’t know, but that’s the roll of the dice,” Holt said.

Steve Price, the Florence IT manager whose Microsoft Windows credentials were stolen on May 6 by a DHL-themed phishing attack and used to further compromise the city’s network, explained that following my notification on May 26 the city immediately took a number of preventative measures to stave off a potential ransomware incident. Price said that when the ransomware hit, they were in the middle of trying to get city leaders to approve funds for a more thorough investigation and remediation.

“We were trying to get another [cybersecurity] response company involved, and that’s what we were trying to get through the city council on Friday when we got hit,” Price said. “We feel like we can build our network back, but we can’t undo things if peoples’ personal information is released.” 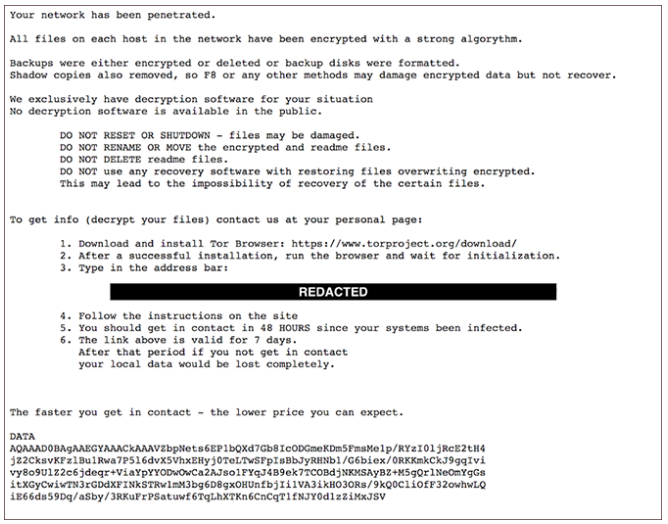 Fabian Wosar, chief technology officer at Emsisoft, said organizations need to understand that the only step which guarantees a malware infestation won’t turn into a full-on ransomware attack is completely rebuilding the compromised network — including email systems.

“There is a misguided belief that if you were compromised you can get away with anything but a complete rebuild of the affected networks and infrastructure,” Wosar said, noting that it’s not uncommon for threat actors to maintain control even as a ransomware victim organization is restoring their systems from backups.

“They often even demonstrate that they still ‘own’ the network by publishing screenshots of messages talking about the incident,” Wosar said.

Hold Security founder Alex Holden said Florence’s situation is all too common, and that very often ransomware purveyors are inside a victim’s network for weeks or months before launching their malware.

“We often get glimpses of the bad guys beginning their assaults against computer networks and we do our best to let the victims know about the attack,” Holden said. “Since we can’t see every aspect of the attack we advise victims to conduct a full investigation of the events, based on the evidence collected. But when we deal with sensitive situations like ransomware, timing and precision are critical. If the victim will listen and seek out expert opinions, they have a great chance of successfully stopping the breach before it turns into ransom.”